And can we get it back?

I remember as a child believing I could fly. I’d tie a towel around my neck, swing as high as I could on the backyard swing, then at its highest point, I’d jump — and I’d fly. Never mind that I was told that people can’t fly. And so what if I crashed to the ground on all fours only a second later. I had flown and I knew it. All I had to do to fly was believe and try. The two most natural and innate things to a child.

Then I became an adult, a wife, a mom, a career woman, and somewhere along the way I stopped believing that I could fly. I lost sight of the sky to the view of a shingled roof and bad fluorescent lights. I started doubting my gifts and talents and what I was capable of, trading my child-like faith in myself for financial security, safety, and reputation.

I swapped my faith for fear and my dreams for reality because that’s what adults do and that’s what they teach their children. “Get a job.” “Buy a house.” “Provide for your family.” “Make something of yourself.” “Have the things we couldn’t provide for you.” “Be better than us.”

What adults forget when they’re no longer children, is as children we never wanted more than we had — not really. We played swords with broken branches, traveled the seas and made our friends walk the plank on old seesaws, became stately queens of great lands in our mother’s old worn heels, and flew the skies with dragons and unicorns in worn, dusty towels. Everything we had was enough. We were enough.

As children we found ourselves equal to kings and queens, presidents and celebrities, geniuses and philanthropists, the homeless and the sick, the poor and the rich, and the athletes and handicapped. We believed that we could do or become anything or anyone and so could everyone else. We believed we were enough — all of us.

Last week during my weekly two-hour commute home from work, for a brief moment I felt that belief again. And I reached for it, rejoiced over it and mourned over my loss of it.  Then I wondered why I ever stopped believing in myself? Why was it so difficult now to believe I am capable of anything when as a child I innately believed in my invincibility? 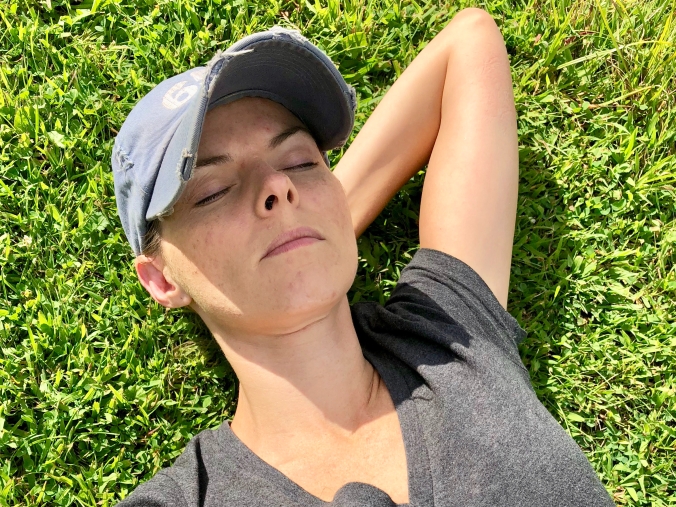 So, this is my goal: to fly again, even when others say it’s not possible, even if I inevitably fall to my hands and knees over and over again. I need to at least believe and try. Because how much more beautiful and fulfilling would life be if we all started believing we could fly?